This month marks global pride - a celebration that typically brings in hundreds and thousands of LGBTQ+ people (and allies) to cities across the world. The purpose? To celebrate queer history, culture, and for many, a time to party until the sun rises and you can’t remember your name. Of course, this is not from personal experience.

Although Vancouver pride takes place in August, we decided to kick off global pride month with local queer, femme, drag influencer, Venus Kunt. Born and raised in Vancouver, Venus kindly let us into her world for the day. She took us to her favourite queer Vancouver spaces, talked candidly about her one-performance stint with Teyana Taylor, and discussed the indispensable value of community. 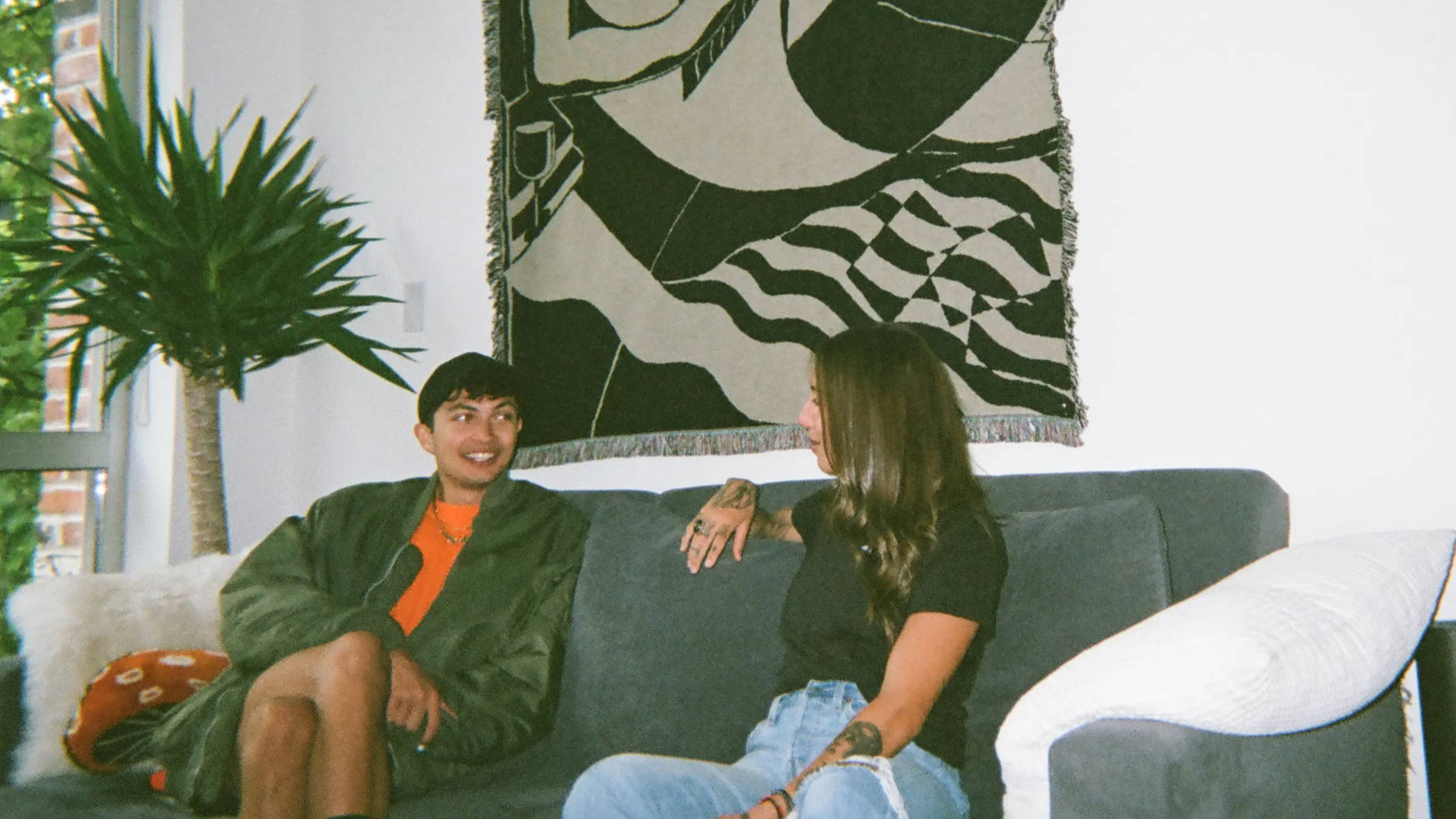 I was excited to meet Venus. I had been following her on social media for a while and became a huge fan of her work. To start the day, Venus let my coworker, Alison, and I chat with her in her quaint Gastown apartment before embarking on our day.

She greeted us energetically, sans drag, before seating us on her couch. Her apartment was clean, minimal, and punctuated with plants at almost every corner. After lighting up, we started to chat about LGBTQ+ spaces in this city - a topic I can relate to as a queer Vancouver native. Without hesitation she answered, “I love the accessibility to nature. The ability to disconnect from the city and reconnect in a grounded way.” For her, she finds solitude and safety at Wreck Beach. 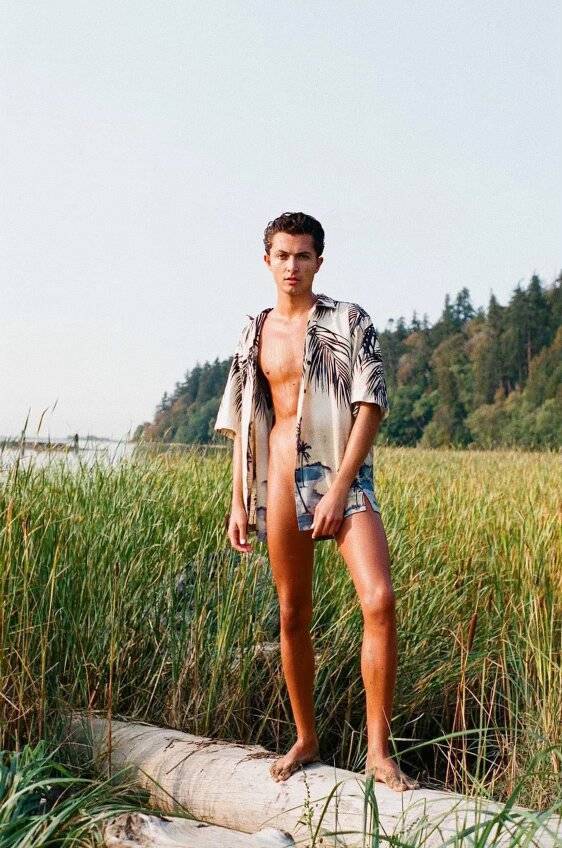 Tucked away at the edge of the city, Wreck offers an oasis for queer people and in 1991, Wreck was officially granted the title of Canada’s first ever nude beach. About 30 minutes away from Vancouver's downtown core, Wreck isn't the easiest beach to find. The entrance is off to the side of a busy road, covered in trees, and in order to hit the shoreline you need to walk down a series of steps (490 to be exact).

“Wreck has a long history of being a naked haven, and a queer haven. The spot I sit in is down the main stairs, heavy to the left, where queer people have been hanging out for four, maybe five decades,” she said, “I can feel the energy, it’s wild. I can’t feel that at any other beach.” She’s not wrong. From my own personal experience, Wreck Beach is covered with eccentric personalities, queer folks and a large hippie community.

This sense of vulnerability within a no-judgement zone strikes a very different chord with Venus though. Her exploration sparked by places like Wreck allow her to reflect on the idea of acceptance not just in a physical space, but within language. “I understand the importance of words and how language makes up who we are. By opening up language, talking with other people on social media I’ve been able to explore my own identity,” she said. Venus now identifies confidently as a non-binary, queer femme. In tandem with being able to feel comfortable in her own skin at Wreck, she encourages others to tackle their own journey with the same sense of curiosity.

After a couple hours of chatting, Venus finished her joint and made a quick outfit change. We were off to our next location. Little Sister's Book and Art Emporium is an iconic queer space located in the heart of Vancouver’s LGTBQ+ village. Nestled in an alcove off of Davie Street, giant fluorescent lights reading, “Little Sister’s” mark the spot - you can’t miss it. The store originally opened in 1983 by owners Jim Deva and Bruce Smythe. As a book store and sex shop, they famously found themselves in a legal battle with the Canada Border Services Agency for importing “obscene material”. 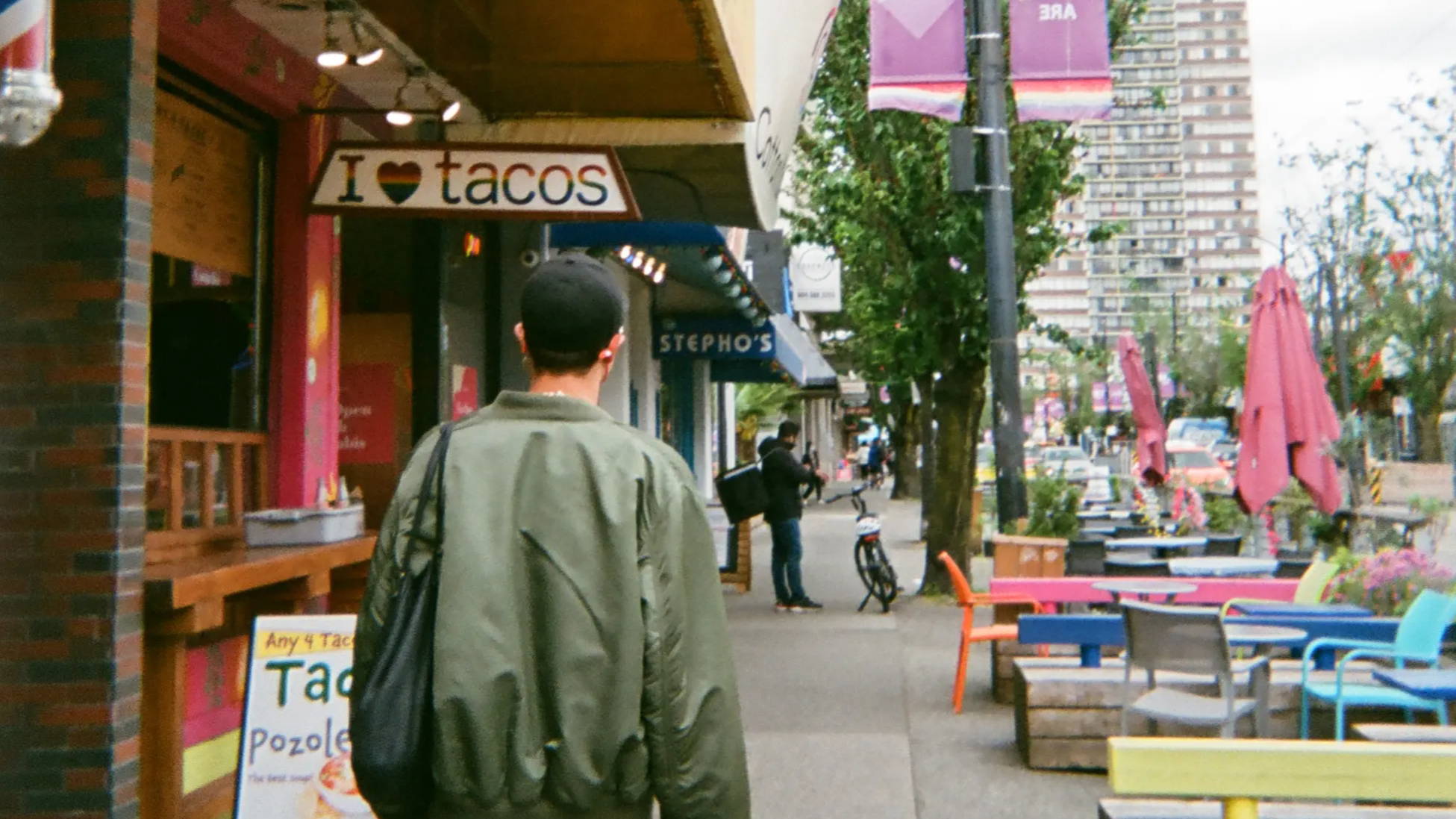 When first entering, nothing seemed out of place - a woman restocked the shelves, books covered the front entrance, there were even a few places to sit down and read. However, once we walked a little further into the store, the space turned into a full-fledged sex shop. Not atypical for the village to be littered with 18+ stores, Venus discussed what made this particular store so special - “I really feel safe around here. They are all about community.” 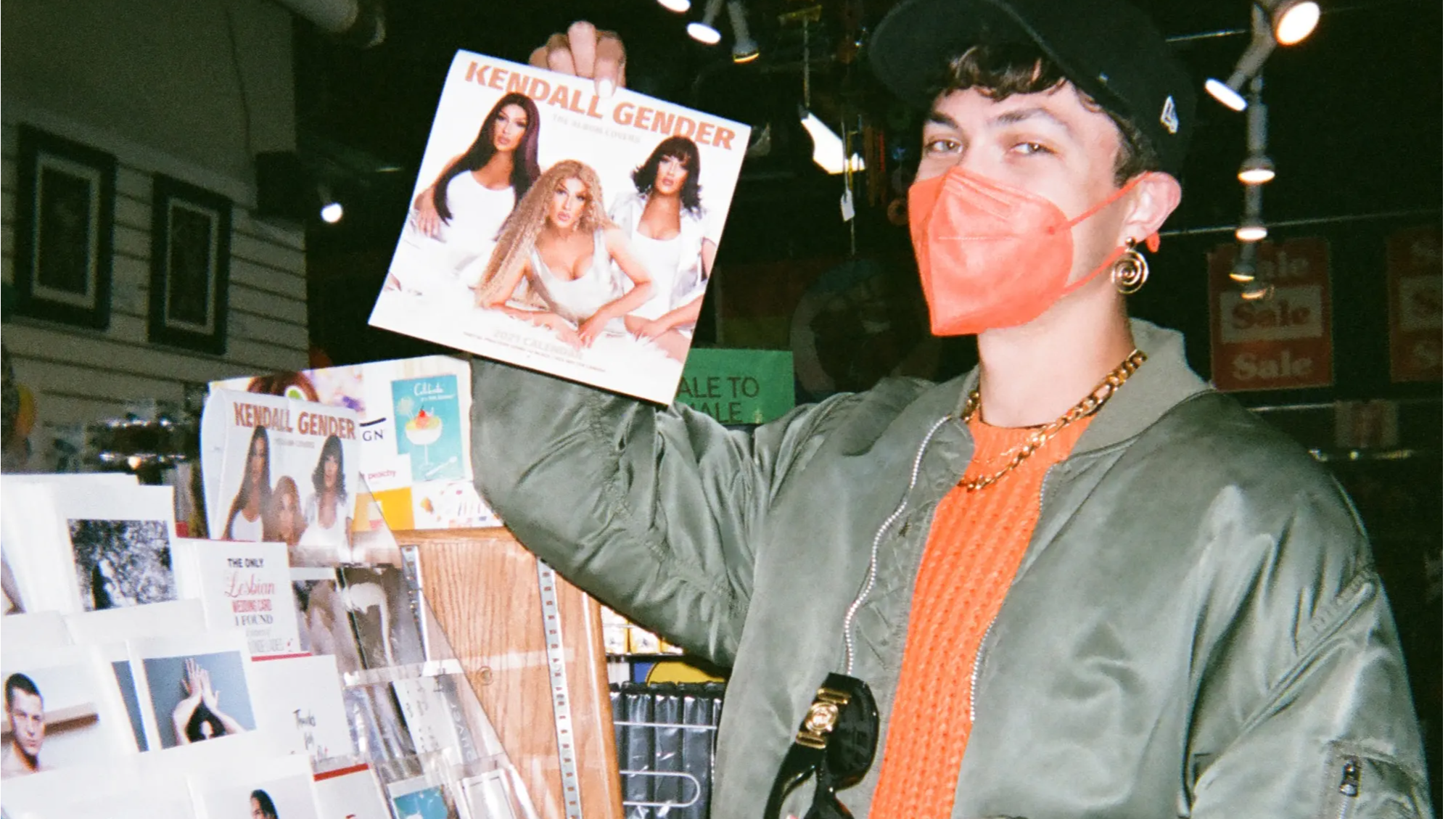 Venus continued to show us the latest products she recently purchased, laughing the entire time. She talked about how Little Sister’s really cares about their local queens. "I go out of my way to buy products here because I want to give them the same support they’ve shown me and my community," she said.

For Venus, her entryway into drag is not an unfamiliar story. Between 2016 and 2017, Venus found herself living in a small town in Manitoba near her extended family. When recalling her experience she laughed, “There’s like zero queerness except for my lesbian aunt, who I love having around. I was like, something has to change.” Feeling lost in a small town as an effervescent queer, she knew she needed to get out and process her journey through creative expression. 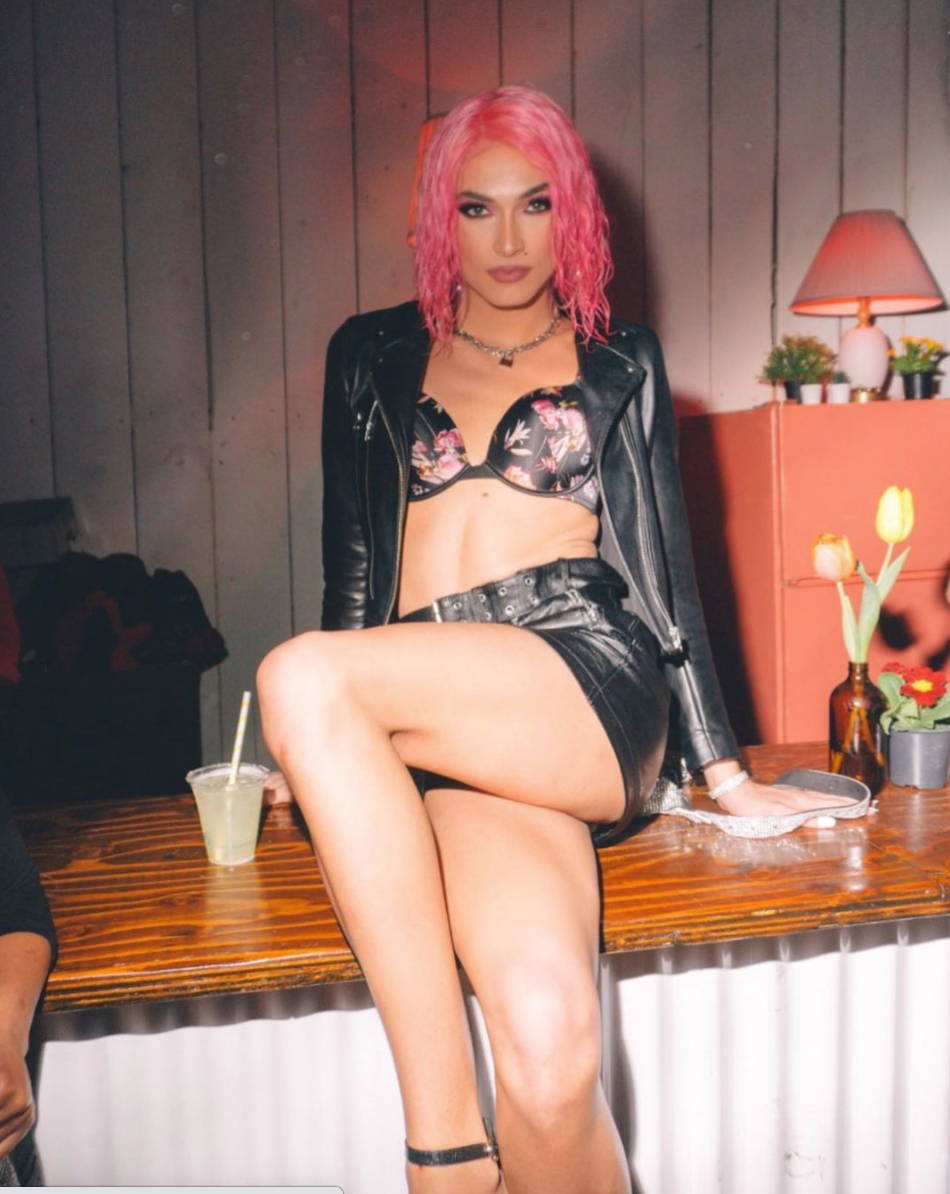 After being alone more often than not, especially in a town with no queer culture, Venus remembered thinking, “When I get back to Vancouver, there’s no holding back. I have to find this community.” When she re-entered Vancouver in the spring of 2017, she started doing drag and immediately fell in love with the art form.

Remembering her early days, Venus said, “At that time anyone could perform. You would see questionable performances. It could be cringe. But hey, I’ve done some cringey shit and bad performances too.” As a result of covid she hasn’t been able to express herself on stage and is restless to get back. With that, she left the store empty handed (this time) and we were off to our next stop.

We got back in the car and drove to Model Express on the outskirts of Gastown. A family-owned business, the women working in the store knew Venus and greeted her as an old friend. The walls were covered in pleaser heels, bikinis, nipple pasties and other accessories. The main reason for our visit this time was to see Venus’ favourite bikinis from her friend’s clothing store called X9 Bikini Shop.

As costumes and apparel, these pieces assist Venus in her art form. Venus mentioned that her drag style has “shifted since the beginning to create more of a full experience - lighting, props, sound, audience participation.” It depends on the city and the audience but for Venus, drag is more of a performance art. She’s constantly trying to push the boundaries and make it as “extra” as possible. 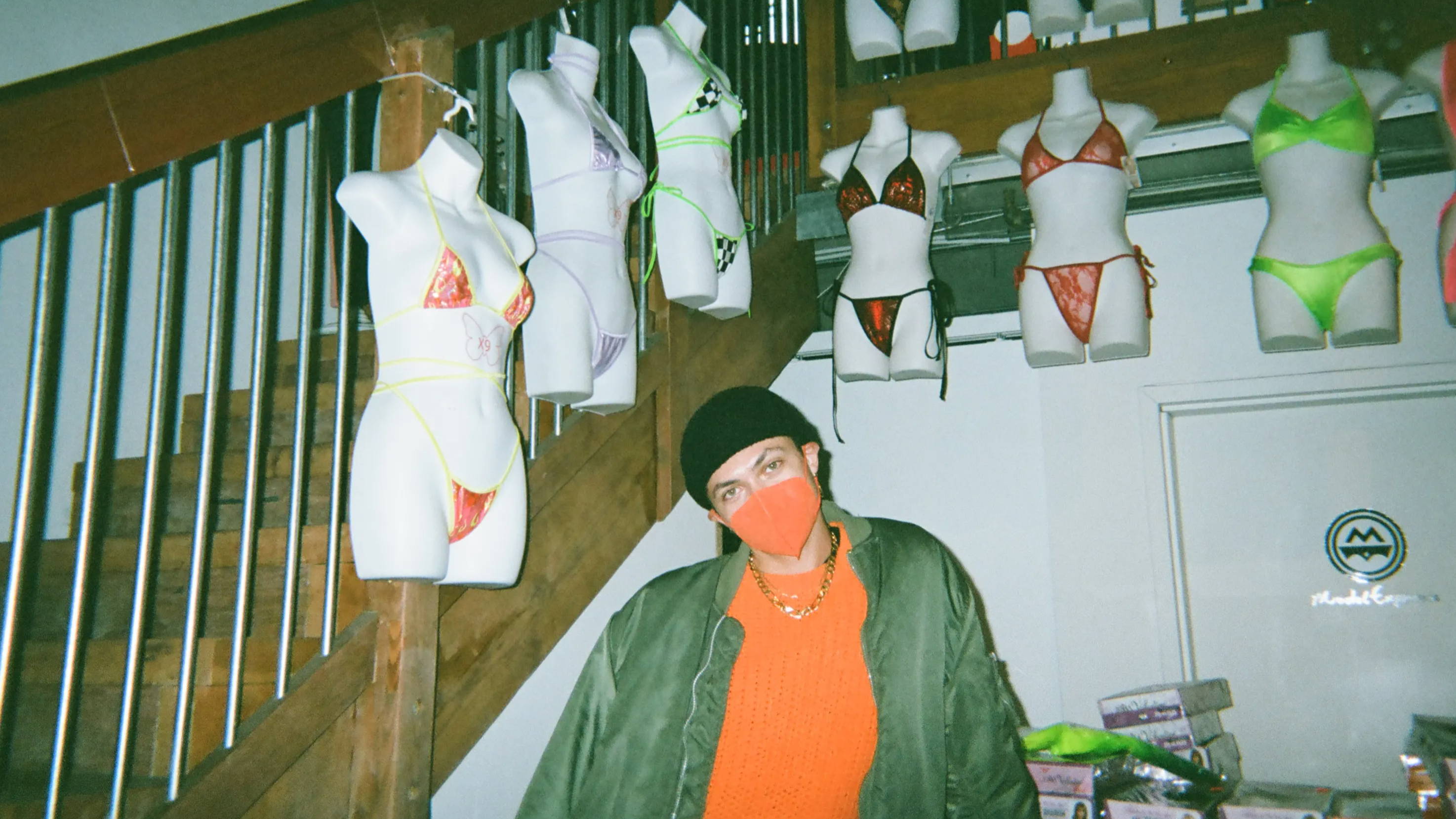 While she’s travelled to perform, her best memory comes from her performance with Teyana Taylor at New York pride. “I was so hungover that morning. I was sitting in a room and thinking to myself, you’re literally in New York for barely any time. You have to do this. Shave the fucking face,” she said.

She remembers having horrendous lighting while getting ready and continued, “I was the only femme presenting person at the venue and I was in my heels so I was like 6’6”. Everyone was letting me through the crowd,” she laughed. “I was finally in the front row and Teyana needed someone to come up on stage. We ended up having an eight minute performance together. I gave her a lap dance, she gave me a lap dance.” People had assumed it was planned, but she assured us that it wasn’t. These are the kinds of stories that lit up Venus’ face - a main factor leading her to consider moving to New York after the pandemic ends.

After our short visit to Model Express we drove to Commercial Drive and visited Venus’ favourite nail salon called Jenny’s Nails On The Drive. While some of these spaces aren’t inherently queer, Venus talked about how they’ve helped shape Vancouver’s queer scene by supporting the LGBTQ+ folks within the community. 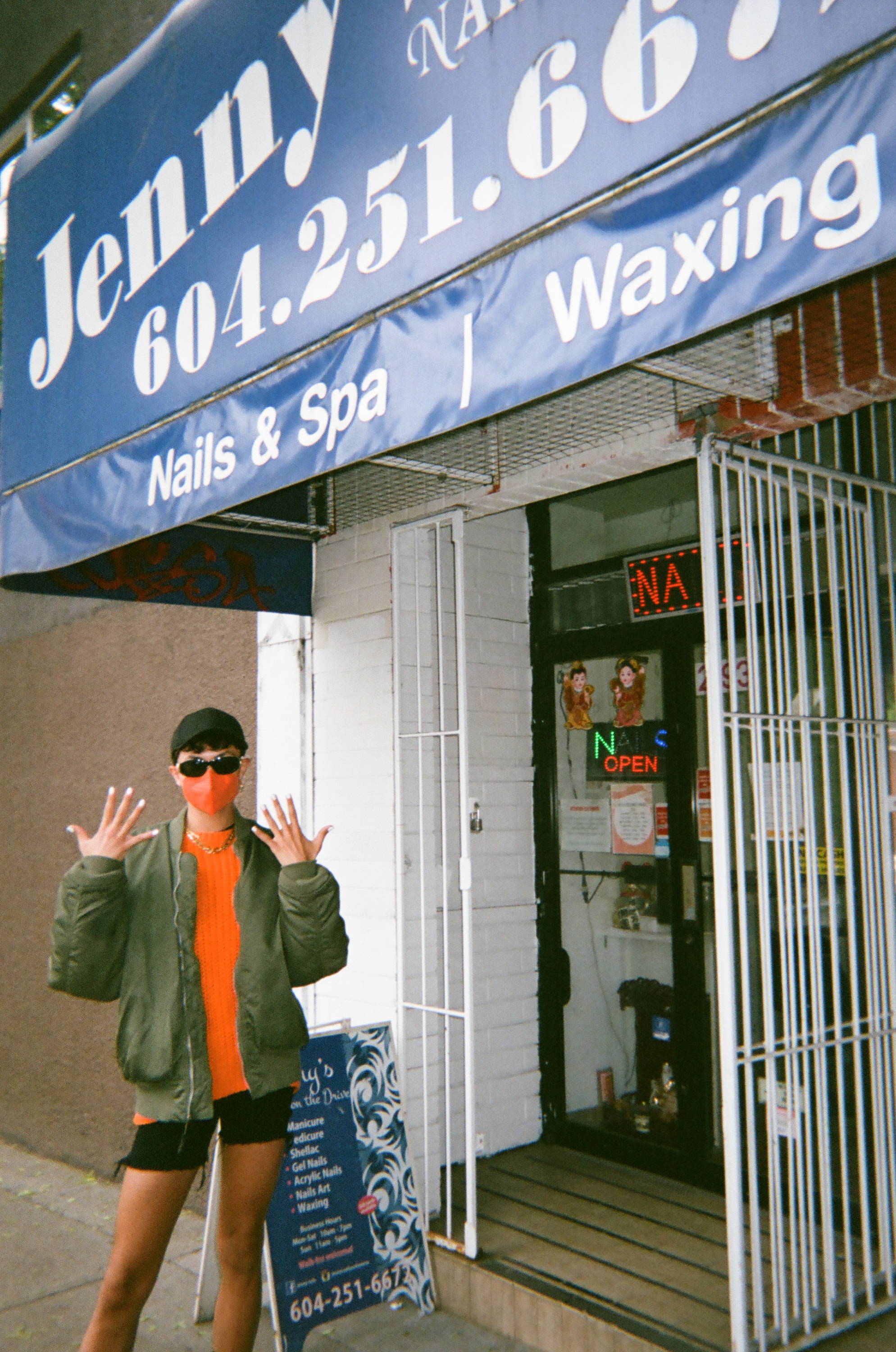 She feels safe and like she can be authentically herself here. Often showcasing her lavish nails and outfits on social media, Venus talked about covid, her online presence (despite not owning a laptop), and where she continues to find her queer community online. While she’s garnered almost 10k followers on Instagram she said, “As a young queer person who’s been on social media for almost ten years, the way you can connect with queer people all around the world is so wild. I’ve been able to make real connections and display my art form online which has had a ripple effect on the queer community.” Just like the spaces she shared with us across the city, finding community online is just as invaluable to Venus. It’s a place where she finds inspiration and she hopes to inspire others.

Venus has found solace in her art form. While her drag performances have been put on hold during covid, she’s already planning her next party at The Hollywood Theatre in July...

By Nadia Bortolazzo
Nadia is an MA graduate and a Digital Marketing Specialist at Burb. Her writing is guided by her interest in challenging and expanding the ideologies surrounding cannabis culture.
Instagram: @nadiabortolazzo.